Great news everyone, we have more about Tourmaline, October's birthstone. Tourmaline, originally discovered on the island of Elba, an island in Italy. Also where Napoleon was exiled in 1814 after a failed attempt to invade Russia in 1812. Certainly explains the gem-quality tourmaline name, elbaite—the name of the island, not the failed invasion over 200 years ago.

What's also really cool about Tourmaline can be electrically charged with either heat or pressure. The charge through heat is called pyroelectricity, and the pressured charge is called piezoelectricity. That certainly explains Tourmaline's use in hair dryers.

The pyroelectricity was discovered by Dutch traders. When charged, Tourmaline acts as a magnet by oscillating or moving back and forth at a regular speed. The pressure quality can also either attract or repel dust particles. I like the sound of that! The Dutch gave Tourmaline the name asschentrekker (ash puller in old Dutch) because when Tourmaline charges through heat, the ashes drew from a smoked pipe. Aside from the scientifically brilliant qualities of Tourmaline, there are more colors than we neglected to discuss in greater detail.

Paraíba tourmaline is one of the few gems in the world that is almost of a neon quality. It is a vividly colored purplish or greenish-blue variety found in Paraíba, Brazil. The gorgeous bluish colors come from copper. Since copper rarely colors Tourmaline, Paraiba tourmaline is an extraordinary gemstone. Paraiba tourmaline, discovered in 1989, is a recent discovery. Because of its desirably intense colors, it's one of the most valuable—also found in Africa, like this gem was from the Smithsonian. What to call the African material is an ongoing debate. 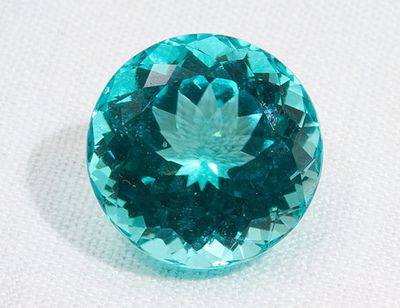 Indicolite or blue Tourmaline can appear purplish-blue or bluish-green, depending on the amount of iron and titanium. Indicolite is usually cut into small sizes. Any blue tourmaline faceted over one carat is a small fortune. If this wasn't a high-quality specimen, there would be a fortune's worth of faceted blue tourmalines.

Verdelite or green Tourmaline can resemble emerald, but if its color comes from chrome and vanadium, it's called chrome tourmaline. Aren't these princess cut earrings pretty?

Achroite or colorless Tourmaline is rare, and there's little demand in the market. The lack of color is generated by heating pale pink Tourmaline. Word comes from Greek achroos, meaning "without color." An elbaite, like other tourmalines mentioned. Said to facilitate communication with the angelic realm. The same name has also been applied to beryl, although colorless beryl also goes by goshenite. That's another story for another time. Dravite or brown Tourmaline is rich in magnesium, which causes colors ranging from brown to yellow—named for Drave, located in Southeast Austria. Some people believe that dravite can restore emotional balance and stability. To be stable as the ground beneath our feet. A lovely thought. 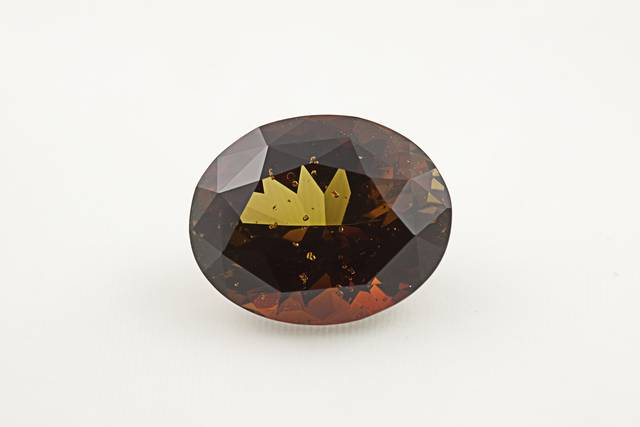 Tourmaline can be found all over the world. With these abundant resources, California has one of the earliest reports of Tourmaline in 1892. The mines in San Diego were famous for the pink Tourmaline, which was popular in China. China became the biggest market for pink Tourmaline because the Chinese Empress Dowager Tz'u Hsi was fond of pink and red colors. In China, artisans carved snuff bottled and jewelry pieces from Tourmaline. Some of these pictures were from a recent post, but I simply like these specimens of Tourmaline. And I hope you do too. Thank you for stopping by—apologies for the delay in our latest article. We've been busy in preparations for the holiday season. We're excited! Have a beautiful day, everybody.