That is what the Ancient Egyptians called Peridot. Last week I wrote about how unusual and vibrant Peridot is as a birthstone for August. Now I'm going into more detail about this fantastic lime green gemstone. By detail, I mean how it forms, where it comes from, and what makes Peridot unique from other gems.

Peridot, which is technically a rare gem form of the olivine, is one of the few gemstones in the world that is allochromatic. That is where a gemstone acquires its color from its chemical composition instead of trace elements like chromium for ruby, or nitrogen for yellow diamonds. In this case, Peridot obtains its reputable summery green from iron in its silicate structure. Peridot is technically a magnesium iron silicate. Here is the rough form, next to a lovely peridot necklace, from the Smithsonian in Washington DC. What also makes Peridot unique is that the crystal structure is doubly refractive, meaning that the lines from the facets double. In this 14K White Gold Peridot and Diamond Accented Pendant, you can see the doubling of the lines on the Peridot.

As a gemologist, when I am examining Peridot under a microscope, I look for lily pads. Lily pads are inclusions, which are technically black chromite mineral inclusions. The chromite tried to expand when the Peridot developed in the earth's mantle. The expansion still caused a fracture reminiscent to a lily pad. This picture from the GIA website displays lily pads beautifully. 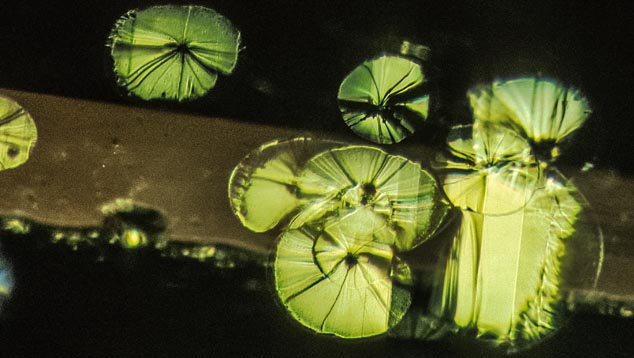 Peridot forms in igneous rocks, like basalt, for example. In volcanic rocks, there is a lack of silica, and when the peridot crystals form, they are brought to the surface by volcanoes. Meteorites are also a source of peridots, but that is quite rare. Figuratively and literally a once in a blue moon experience to have extraterrestrial Peridot. Like this picture, also from the GIA website, of a pallasite meteorite slice with pieces of Peridot inside. I think we can all agree that this is cool. 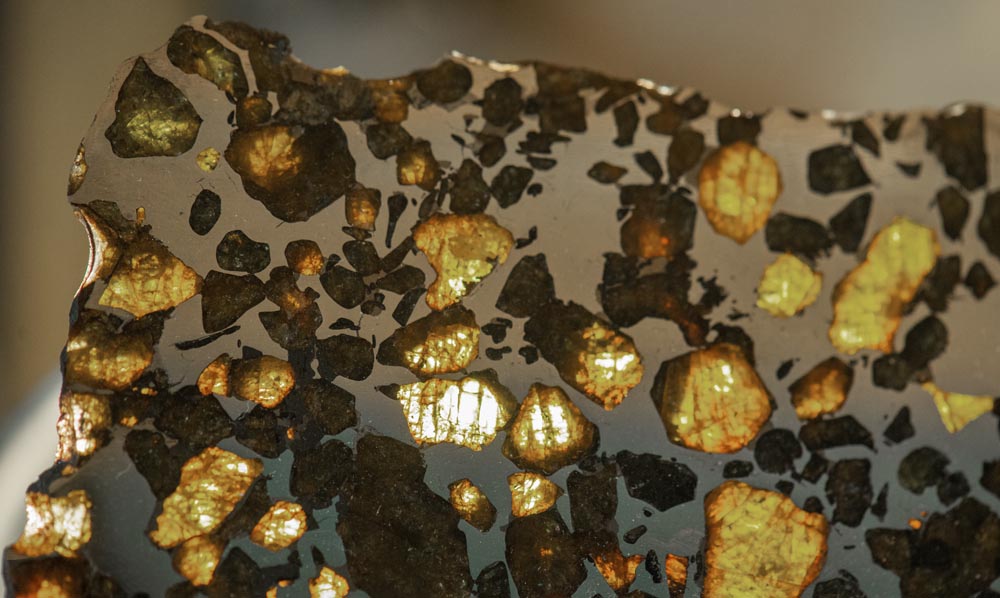 The largest, high-quality Peridot comes from Pakistan. The gem rough have more a more green hue than their yellowish or brownish green counterparts. Peridot that is above 5 carats is quite rare. The San Carlos Apache Reserve in Arizona reserve is the primary source of Peridot today. Now we can provide Peridot made in America. Like our 14K White Gold Peridot & Diamond Earrings that match our necklace with the doubling. They could be from Arizona. The Kilbourne Hole in New Mexico and the Salt Lake Crater in Hawaii are also American sources for Peridot. In Hawaii, Peridot pebbles were the tears of the volcano goddess Pele. Considering Peridot's volcanic arrival to the earth's surface, it makes sense.

Centuries ago, in the Red Sea was an island named Topazios, now Saint John's Island or Zabegard. The island used to contain millions of dollars worth of Peridot. Now the mines are quiet today. The rough that came from Topazios used to be called topaz, like November's birthstone. Thankfully, calling peridot topaz didn't last long. Last week, I had products that were primarily earrings and necklaces. That's because Peridot is a 6 ½ to a seven on the Mohs Scale of Hardness, and it would get scratched if set in a ring. I think we can all agree that we don't want to see Peridot scratched up. To enjoy Peridot, I recommend wearing either earrings, necklaces, or brooches and when you need to clean your peridot jewelry, use warm water, dish soap, and a soft toothbrush. Also, have a towel in the sink for insurance, in case heaven forbid, a gem falls out of your jewelry and cracks. I don't want to see that to happen. Daniel Moijueh and I want to see you enjoy your peridot products, like our 14K White Gold Peridot & Diamond Earrings, you see above this paragraph.

Thank you for stopping by Moijey, everybody. I look forward to seeing you next week when I talk about August's third birthstone, Sardonyx.

Yes, that gemstone is as fantastic as it sounds.